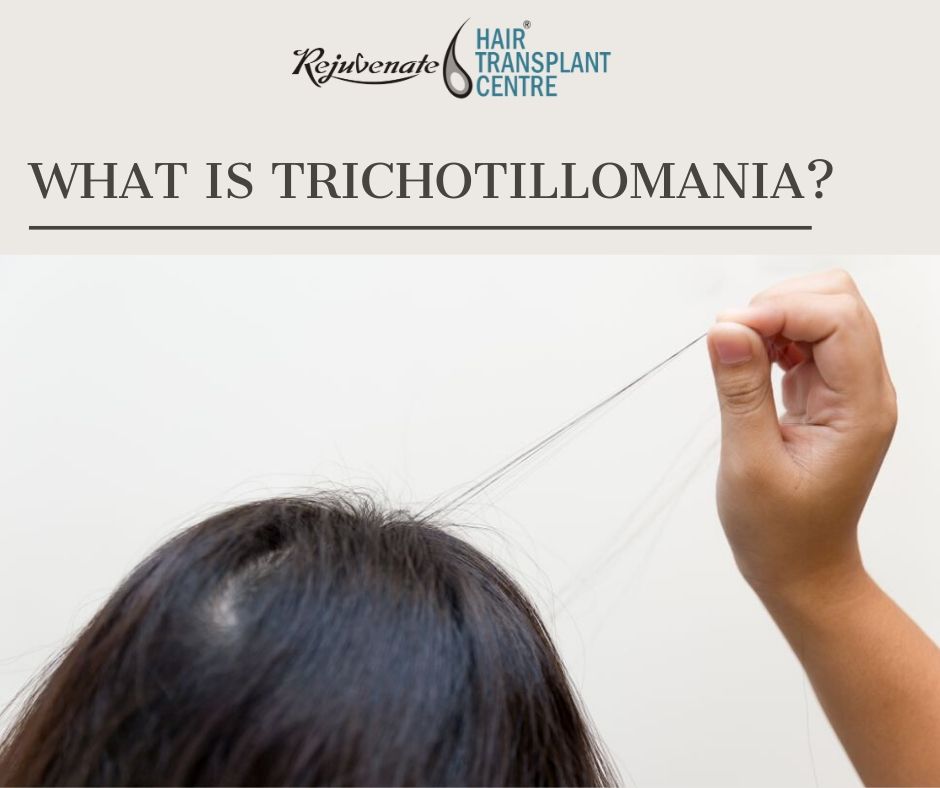 What is Trichotillomania? Know The Causes, Symptoms And Treatment

Trichotillomania is a long obsessive condition in which people pull hair from different parts of the body. It can be hair on the head or hair in other places, such as eyebrows or eyelashes. This leads to baldness (alopecia).

Trichotillomania is a violation of impulse control. This means that this is a psychological state when the patient cannot stop himself by performing a certain action. A person will have a strong desire to pull out his hair, tension will only increase until he does this. Tearing hair, the patient will feel relief.

Some people see trichotillomania as a type of addiction; the more a person pulls out his hair, the more he becomes dependent on it.

Trichotillomania can also be seen as a reflection of mental health problems; for example, as a way to find temporary relief from emotional distress.

It is important that people with trichotillomania receive emotional support. It can be from family and friends or self-help groups.

There are very few medical studies of various treatments for trichotillomania. However, behavioral therapy, called habit change therapy, can be effective.

It is also possible to get psychological treatment for any underlying condition, such as anxiety or depression. It may include medication, such as taking selective serotonin reuptake inhibitors (SSRIs), or colloquial therapy, such as cognitive-behavioral therapy (CBT).

It is not yet known what causes trichotillomania, but there are several theories.

According to experts, trichotillomania is often a reflection of mental health problems. Psychological and behavioral theories suggest that pulling hair can be a way to relieve stress or anxiety.

The patient hurts himself

Trichotillomania can be considered as a type of self-harm. This is when a person injures himself in order to receive temporary relief from emotional stress. Self-harming pain causes the brain to secrete endorphins (natural painkillers chemicals) that cause a short-lived sense of well-being. Self-harm is often accompanied by feelings such as:

In addition to pulling hair, people can also harm themselves in other ways, such as cutting themselves.

Someone may begin to harm themselves as a way to deal with traumatic experiences such as physical, or emotional abuse.

Some other ideas that may contribute to trichotillomania include:

Symptoms of trichotillomania are visible to the naked eye. A man himself pulls out the hair on his head, in the pubic part, eyelashes, and eyebrows. At the initial stage, a small amount of hair falls out, in the future, foci will increase depending on the neglect of the disease.

As a rule, a person winds the hair on his head over a finger, and then pulls it out, removes eyelashes and eyebrows using forceps or other devices.

Patients pull out their hair during stress (even the most minor), as well as during the performance of some monotonous actions (watching TV, reading a book, talking on the phone, etc.).

The skin on the damaged areas is completely healthy, without redness. However, there are times when the patient combs the skin to the blood.

In 10% of cases, patients eat torn hair and also bite their nails. This leads to disturbances in the gastrointestinal tract and dental problems. Also, complications of the disease are considered inflammation of the skin and eyes caused by infection.

Trichotillomania in adults is more pronounced. Often, in the initial stages of the disease, adults try to hide the problem with wigs, cosmetics, eyebrow tattoos, etc. Because of this, it is difficult to immediately identify the disease, which leads to a complication of treatment.

Women suffer from trichotillomania almost 2 times more often than men. This is largely due to the fact that women pay more attention to their appearance.

Sometimes the disease begins with pulling out gray hairs. Some patients complain that the head begins to itch and after pulling out a gray hair, the tooth stops.

Trichotillomania in adolescents may be associated with hormonal changes in the body or with psychological disorders. At this age, a person reacts very sharply to what is happening, therefore, problems in the family, frequent quarrels of parents or their indifference to the problems of the child, ridicule of peers and problems with socialization lead to a worsening of the condition.

Adolescents suffering from trichotillomania try to avoid contact with people, spend most of their time alone.

The task of parents is to find a common language with the child, stop criticizing in detail, help him socialize and solve psychological problems.

If the problems are related to hormonal changes, then medications can be effective. They are prescribed by a doctor after consulting an endocrinologist and passing all the necessary tests.

Trichotillomania in children, as a rule, is less complex. Most often, children aged 2 to 6 years are affected. It is associated with problems within the family, constant quarrels between parents, too strict upbringing or lack of vitamins.

If the negative factor is eliminated, then the disease passes quickly. Children’s psyche recovers faster than in adults.

Treatment of trichotillomania begins with diagnostic measures: the possibility of fungal diseases and syphilis must be excluded. Also, the patient needs to pass a general blood and urine test so that the doctor assesses the general condition of the body.

At this stage, the doctor interviews the patient and his relatives, find out the patient’s nutrition plan, his habits. You also need to consult a hair-related doctor, neuropathologist and endocrinologist. This will identify concomitant diseases. If the patient eats his hair, then a gastroenterologist consultation may also be prescribed.

At the initial stage, it is very important to determine the cause of the disease. 60% of the success of treatment depends on this.

Due to the fact that the nature of the disease is still poorly understood, it is treated with the same means as with other psychological diseases – sedatives and antidepressants. Drug treatment in children is not effective.

The doctor necessarily prescribes a diet saturated with iodine and copper, vitamin A, prescribes vitamin and mineral complexes.

Patients have completely shaved off their hair on the head and pubis, eyelashes and eyebrows are removed. Such measures have a short-term effect (until the hair grows back), but during this time it is possible to provide psychological support to the patient and eliminate the causes of the disease.

Great attention is paid to the provision of psychological support. Psychologists work with patients both individually and in group classes. In addition, hypnosis and cognitive-behavioral psychotherapy are actively used. They are very effective.

General therapy also provides for the treatment of eye or skin diseases that have arisen as a result of trichotillomania.