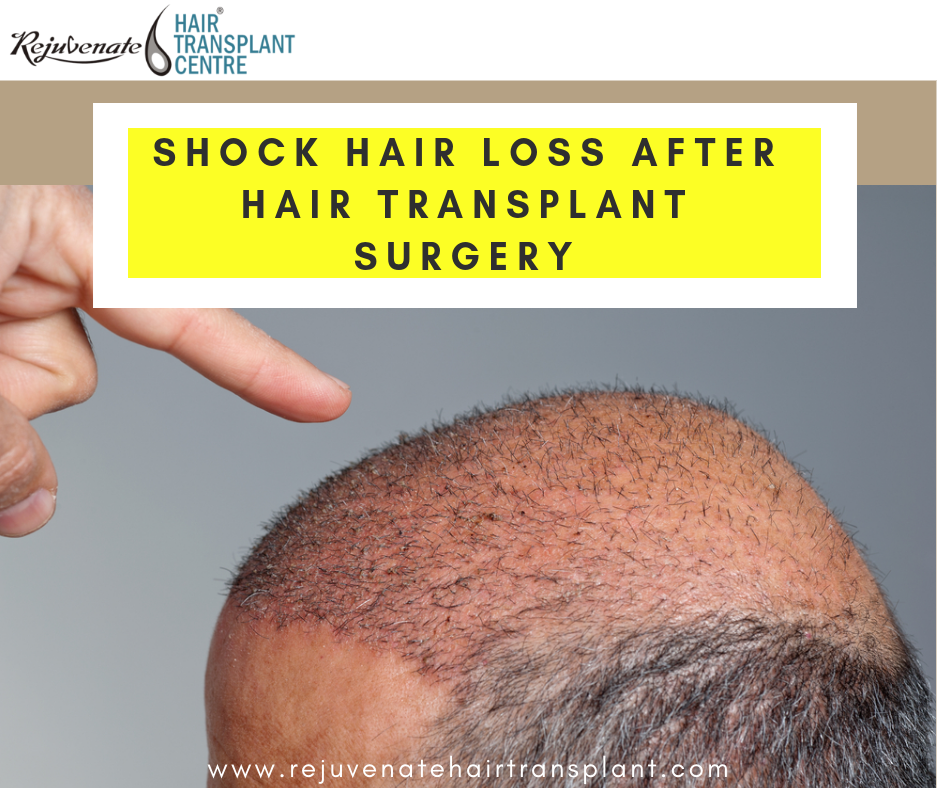 What is Shock Hair loss after Hair Transplant Surgery ?

Shock loss is a common occurrence that happens after a hair transplant. In a nutshell, it involves hairs falling out a few weeks after your surgery.

Shock loss occurs when the native hair is weak and isn’t strong enough to resist the surgical trauma that is going on around it. More often than not the hair that has gone into shock will grow back but after 3/4 months – after the resting phase. Shock loss can occur both in the donor and recipient area a few weeks to a few months after having hair transplantation surgery.

Effecting less than 5% of all hair transplant patients, it is temporary and any lost hair should reappear in short order.

What is Shock Loss?

When you undergo hair transplant treatment, the standard procedure constitutes the physician to remove small grafts of hair follicles from a donor area on your scalp and then re-implant those grafts into the recipient area(s) of your scalp.

Unless you’re completely bald and the hair grafts were extracted from other parts of your body, the recipient area typically has some healthy growing hairs surrounding it.

Due to the initial trauma or “shock” of performing such an invasive procedure, some of those healthy hairs in the surrounding areas might fall out after a few days. This is what’s referred to as shock hair loss in the hair transplant industry, and it’s perfectly normal.

For better understanding – for example, during a (follicular unit extraction) FUE, we remove follicular units one-by-one. Donor’s hairs are removed with a one-millimeter punch device and the procedure is abetted with a head positioning device to minimize movement. As precise and advanced as this process is, the removal of donor’s hairs can impact nearby follicles and this trauma can cause them to fall out after the procedure.

Understandably, some patients are troubled by this occurrence if they haven’t been properly prepared for its possibility. It’s the responsibility of your hair transplant surgeon to explain the possibility of shock hair loss during your initial consultation. In fact, they should be preparing you for any other factors that might affect you as well.

Difference Between Shedding and Shock Loss

It’s important to understand that shock loss isn’t the same as the natural shedding that occurs after a hair transplant. After your surgery, you will most likely lose the newly transplanted hair after a few weeks. That’s part of the process and isn’t an issue. The transplanted hair will start to regrow after another few weeks, at which point you can expect to see about a 1/2 inch of hair growth every month.

Shock loss doesn’t happen to the transplanted hair. Instead, it occurs in hair that was otherwise healthy before the surgery.

No. In the vast majority of cases, shock loss is temporary and the healthy hair that has fallen out due to shock loss will grow back just fine.

The only time that shock loss would be permanent is if the hair loss occurs in a part of the scalp that was genetically likely to fall out as a result of advanced age and pattern baldness. With that in mind, this is the reason that hair restoration is performed when patients are older and have experienced most of the balding and hair thinning that they are likely to have as a result of the aging process.

There are two forms of shock loss, permanent and temporary and there are ways to minimize: