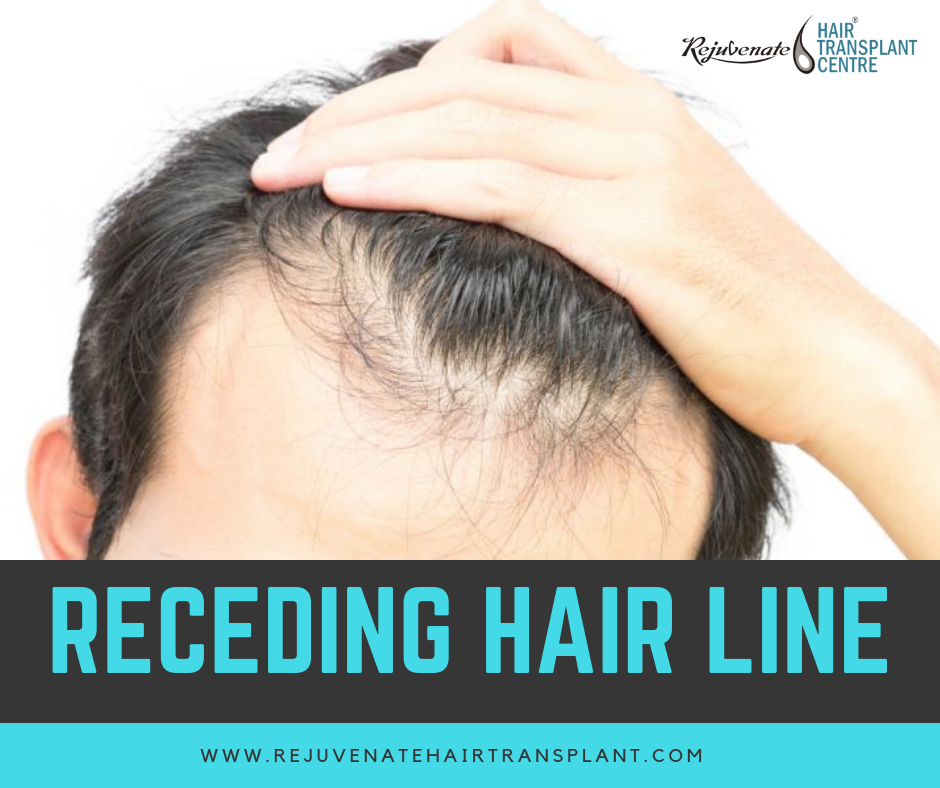 Receding Hairline? How To spot and Fix it

It’s a reality that most people have to deal with at some point in their lives – the dreaded receding hairline.

Whether we want to accept it or not but it’s a reality we need to face off.

If you want to live an entire life with a full head of hair then you’ve to beat the male pattern baldness problem.

In the beginning stages, we might brush it off and tell ourselves that our hairline was always high and we refuse to believe that hair loss could happen to us. After all, our fathers and grandfathers weren’t bald.

Yes, accepting that you’re experiencing male pattern baldness is stressful, but it’s something that happens to the best of us. And when you’re able to recognize the symptoms and take a proactive approach to hair loss, you then have a better chance of preventing that receding hairline from growing – and in some cases, you could even get the hair back that you lost.

These days, there are a number of different treatment methods that are able to help you keep your full head of hair. But before you can do that, you need to know the stages behind receding hairline.

Understanding the Stages of a Receding Hairline

There is some difference between an adolescent and an adult hairline, this is caused by marginal hair loss that is barely noticeable and this is also be described as natural hair loss.

However, when experiencing male pattern baldness, hair loss is far more noticeable and this is likely to have a direct impact on your hairline.

This tends to occur in stages too, and we’ve broken some points to make you understand.

The Hamilton Norwood Scale is categorized from Stage 1 – 7, also simplified into 2 sections.

The section (A) will be the Anterior MPB which means the receding starts from the front of particular’s scalp.

The section (V) will be the Vertex MPB which begins from the crown (top).

Person has no hair loss and no receding hairline

Anterior Male Pattern Baldness : There are triangular, usually symmetrical, areas of recession at the front to temporal hairline.

It shows some minimal receding hairline in the front or the side of scalp.

Vertex Male Pattern Baldness : There may be small thinning circle in the crown area.

Anterior Male Pattern Baldness : Same receding pattern as Stage 2 but there it gets deeper to the back.

This represents the minimal extent of hair loss considered as baldness according to Norwood. There are deep symmetrical recession at the temples that are bare or only sparsely covered by hair.

Vertex Male Pattern Baldness : The hair loss is primarily from the vertex with limited recession of the front to temporal hairline that does not exceed the degree of recession seen in Type III A.

Anterior Male Pattern Baldness : The frontotemporal recession is more severe than in Type 3A.

The hairline has receded beyond the external auditory meatus but has not reached the vertex.

Vertex Male Pattern Baldness : The vertex balding will be quite noticeable for an inch or two and the front part also starts to thin dramatically towards the vertex.

The two areas of hair loss in stage 4 are separated by a band of moderately dense hair that extends across the top. This band connects with the fully haired fringe on the sides of the scalp.

Anterior Male Pattern Baldness : The balding now reaches to the vertex of scalp. Person’s frontal region is almost gone. The area of denudation includes the vertex.

The band of hair across the crown is narrower and thinner and the vertex and frontotemporal regions of hair loss are bigger.

Vertex Male Pattern Baldness : An obvious big patch in the vertex area with the balding from thefrontal area almost reaches the vertex.

At this point, there won’t be any difference from Vertex and anterior thinning. Whole frontal and top part of head is a gone.

The bridge of hair that crosses the crown is gone, only thin hair remaining on the scalp. The frontotemporal and vertex regions are joined together and the extent of hair loss is greater.

The final stage now hair has totally receded all the way back to the base of the head and just slightly above ears.

The most severe form of hair loss and only a narrow band of hair in a horseshoe shape remains on the sides and back of the scalp. This hair is usually not dense and may be quite fine.

Causes Of A Receding Hairline

The following are a few factors that cause recession of hairline:

Male pattern baldness is caused by a combination of hormones and genetics. The main culprit is DHT, or dihydrotestosterone — an androgenic hormone created as a byproduct of the primary male sex hormone testosterone.

DHT binds to receptors in the scalp, causing hair follicles to shrink and eventually stop growing at all. Not everyone is equally sensitive to DHT — most of the time, people that are sensitive to DHT lose their hair the fastest and go bald at a relatively early age.

If you’ve noticed your hairline beginning to recede, the easiest and most effective way to stop it receding further is to block DHT at its source and at the scalp using a combination of medicines designed specifically to fight back against DHT.

Finasteride, which is an FDA approved hair loss treatment that prevents testosterone from converting into DHT in the first place.

Finasteride comes as a pill, which prevents the some enzyme from converting testosterone into DHT. This blocks further hair loss and can even cause a small amount of hair regrowth.

Minoxidil, which is an FDA approved topical medicine which provide more oxygen and nutrients to your hair follicles.

While finasteride blocks DHT to combat hair loss, minoxidil is designed to create an optimal growth environment for your hair.

For better understanding, finasteride work as a shield against further hair loss, and minoxidil works as a fertilizer to speed up and encourage the growth of the hair you already have.