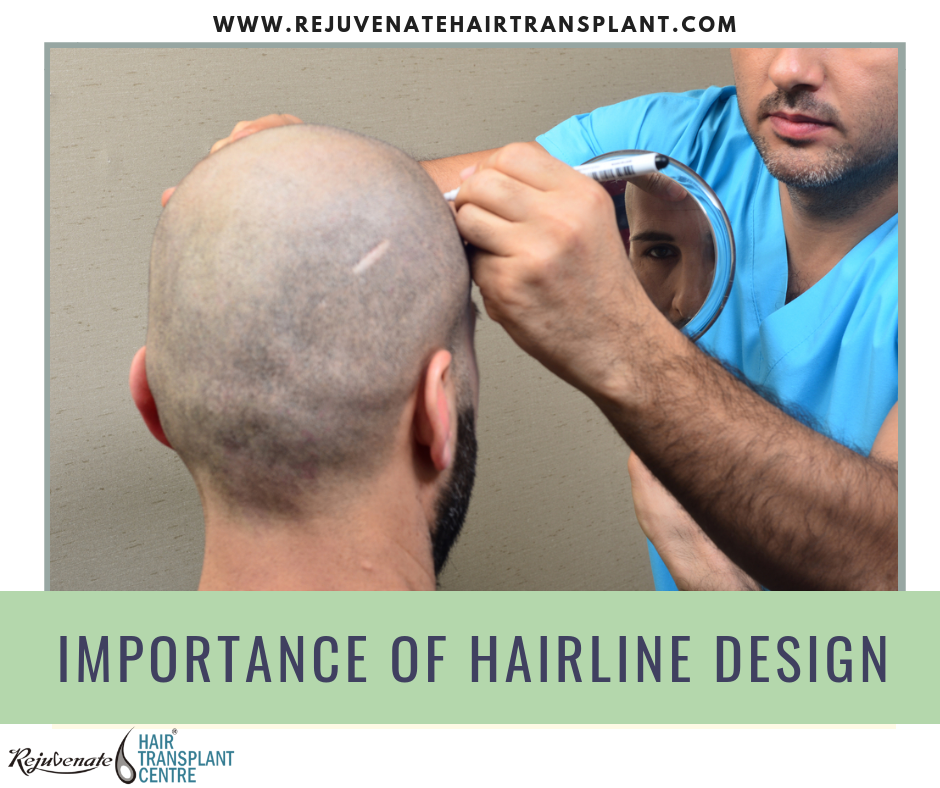 The Importance of Hairline Design in Hair Transplant

In hair transplantation – Hairline design is a key for a natural look appearance.

Hairline looks clearly on a person forehead and it the part of everyone’s hair. It is also the part of our personality that why we always look mirror every day.

If the hairline does not look natural, then there is a bad sign of a hair transplant.

In the past years, hair transplantation gives unsatisfactory results and it happens due to the poor hairline. That’swhy it was characterized as “doll’s look”. But due to high expertise in the medical procedure, the method has become modern as know as FUE Method.

For creating the best hairline design, a doctor needs to be very experienced. In everyone scalp, nature does not provide straight lines, so any created hairline should not look natural.

Therefore, when a doctor creates a hairline it consists of follicular units containing just one or two hairs, providing a less thick hair, and large-sized follicular units should place as it moves from top.

The best design and planning are an important thing in every hair transplant process.

For best results, it needs the best planning and proper consultation with every patient. For a natural look, a surgeon must have to ensure that the hairline not only looks today but also look natural in the future.

The natural hairline is not too close nor too far from the eyebrows.

A hairline design reflects the age and a rule of third is followed a distance from the hairline to eyebrows. And this will be equal distance from eyebrow to bottom of the nose. The distance from the nose to chin is equal. If any surgeon has not performed this rule then the hair transplant doesn’t look natural

The hairline recedes during the puberty around some few centimeters and this is happening as the person grows. This is known as the mature hairline.

However, it shows that a bald man whose age is 40 and requests a hairline similar when he was at the age of 25, then this will not provide the best result. It doesn’t provide good hairline.

The poor hairline happens when the surgeon is a lack in understanding of how a natural hairline created.

Hairline Design before a Hair Transplant

Something need to consider when designing the hair transplant:

Age of Patient – Design according to the age hairline should be designed as it is important and it looks more natural. As the example given above, if a 50-year-old patient having an advance level of hair loss and want to gain the hairline as when he was 25. This will not look unnatural.

Gender – A male hairline is different than female.

Hair Types – Different types of hair like thick, coarse or curly usually takes more space than any normal layout of the hairline. A patient who is having finer hairline need more hair than other people who have thick hair. So different hair types required different planning.

Face Shape and size– For a surgeon, it is important to note that the design of a hairline must be on the basis of patient’s face.

Hair Loss Types – When any patient suffer from hair loss which is caused by traction alopecia then a major difference of hairline design will show. So the important thing is that surgeon consider the cause of hair loss and create a hairline design that works.

Hair Loss Level – The early stage of hair loss is different while comparing with an advance hairline design. In this hair density is one of the factors. If the hairline is thin that is shows in the appearance of the hair transplant.

No Straight Lines– Surgeon mostly avoids the straight line in the scalp as it does not look natural. So they avoid the placing hair grafts in straight. A surgeon has the ability to create a natural look and it reflects on the appearance.

Feathering Zone– It is the zone where a bald head and denser area show transition. Small peaks and a feathering of hairs using smaller follicular units which are placed at in the front which gives a natural appearance and the larger units are placed behind the feathering zone.

In hair transplant most people can’t recognize that the person has go under the procedure. As hair transplant has change many lives and provide a natural apperance which increase the confident.