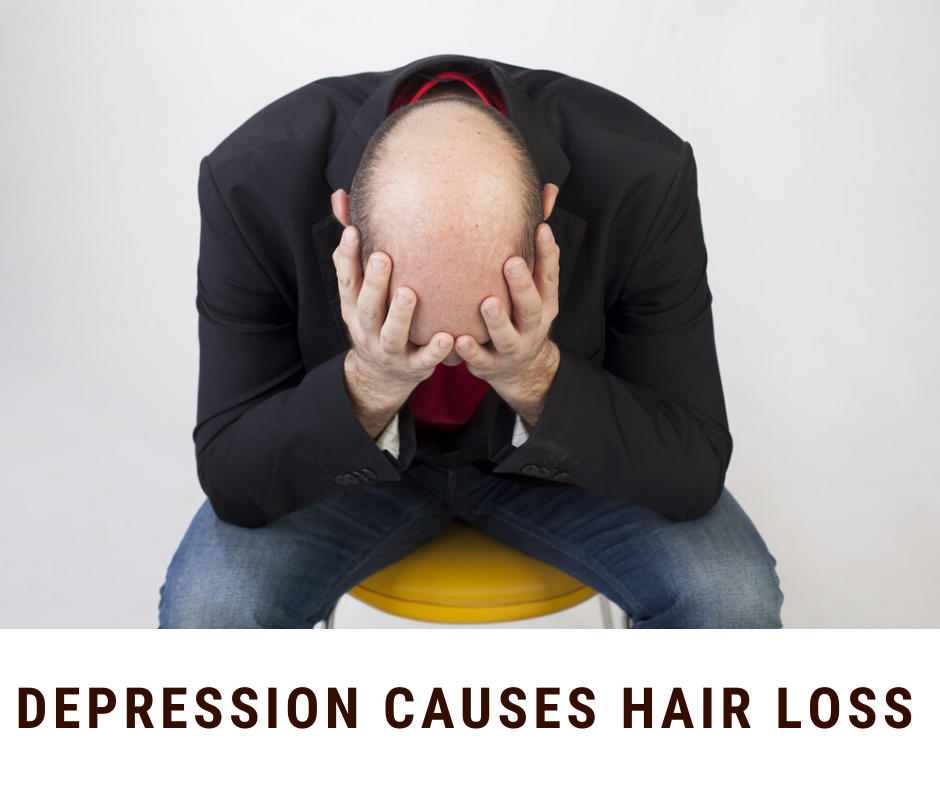 Alopecia is an increased hair loss that exceeds the daily norm of 100-120. It can cause serious psychological problems. In addition, baldness is often a symptom of some other problems, including the central nervous system.

There are several types of baldness:

cicatricial, in which the hair follicles irrevocably die as a result of trauma and are replaced by connective tissue;

androgenic, more characteristic of men and caused by damage to the follicles with testosterone derivatives;

focal or nesting when hair falls out in certain areas;

diffuse, which is more common in women and is manifested by uniform hair loss over the entire surface of the head.

For neurological case, only two types of alopecia are characteristic: focal and diffuse. In the first case, the most important role in the mechanisms of development of baldness is played by autoimmune disorders. That is malfunctions of the immune system, which leads to the fact that the body mistakenly recognizes hair follicle cells as foreign, and destroys them.

What does a nervous disease have to do with it? It’s simple: according to statistics, psycho-emotional stress is the most common cause of such malfunctions in the immune system.

Anagen alopecia is characteristic of acute lesions of the scalp – chemical, radiation , etc. But the second option – telogen alopecia – often develops under the influence of prolonged psychoemotional stress.

The mechanism of hair loss with depression

Many people question that does nervousness, irritation and depressants affect hair loss?

Yes, it definitely affects. But how exactly does this happen? Why is depression a high risk of baldness?

No, we do not want to say that “all diseases are from nerves.” But the fact that a person’s psychological state greatly affects his physical well-being.

How exactly is hair loss and depression related?

Here there are different mechanisms:

How is alopecia caused by nervous disorders?

The focal type of baldness is characterized by hair loss in separate, quite clearly limited areas, the so-called “nests”. Almost always they have the shape of a circle or oval. Such “nests” can be single or multiple, occur only on the head or on other areas of the body, and also, in severe cases, merge, forming large areas of baldness.

Diffuse telogen alopecia, characteristic of nervous disorders, usually develops rather slowly, over several weeks or even months. At the same time, a person cannot indicate a specific area of ​​baldness – the hair falls evenly over the entire surface of the head.

How to make the correct diagnosis?

In order to accurately determine that hair loss began due to acute or chronic neurological disorders, it is necessary to conduct a series of studies that exclude other causes. Such an examination should be carried out by a doctor, and the first step in the diagnosis always becomes a thorough interview of the patient. Sometimes in its course, one can suspect the psychosomatic origin of alopecia. These cases are the symptoms which can be held on the  shape of the oval aspect the things usually.

In addition, the doctor may prescribe a number of specific tests:

computer examination of the thickness and density of hair;

assessment of the number and activity of hair follicles.

Some non-specific research methods that are not aimed directly at the hair, but give an overall picture of the patient’s health status, can also help:

biochemical and clinical examination of blood and urine;

assessment of the state of the immune system;